My Blog is not meant to be a monologue, ma un invito all'incontro: therefore we welcome the comments and the succession of exchanges that follow. Enjoy the reading! 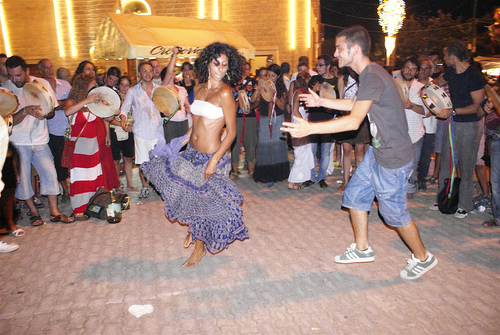 Posted by Pamela1983 Festival No Comments

On the evening of 15 August, on the occasion of the celebrations of San Rocco, since time immemorial, tens of thousands of people flock to the small town of Salento to participate, as spectators or dancers, at the “sword dance” The “pinch-fencing”: to the hypnotic sound of tambourines, two men mimic a fencing duel using their hands, to the fast pace of the tambourines and dell’harmonica played by the musicians who arrange themselves in a circle (ronda).

A very popular traditional festival with high attendance, not only of the population of Torrepaduli and Ruffano, but also of the many tourists who flock to the Salento coasts every year. 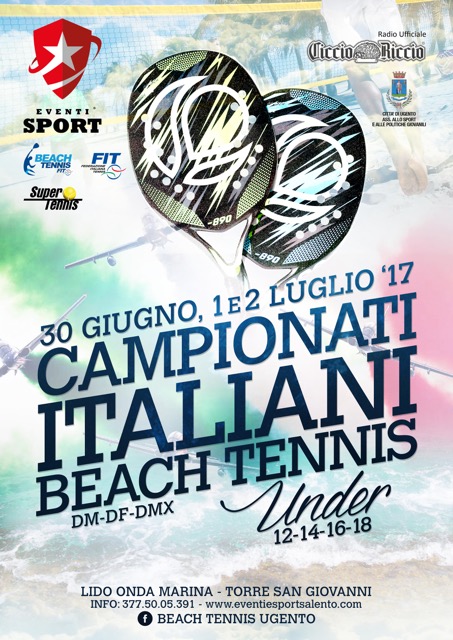 it will take place like every year, from 21 JULY to 23 JULY

UGENTO. These are two weekends not to be missed, the one from 16 al 19 and that from 23 al 26 July, for beach sports enthusiasts in general and beach tennis fans in particular: the International City of Ugento Tournament returns to Ugento for the seventh year, organized by the Events and Sports at the Lido Onda Marina . Very rich, as always, the prize pool: up for grabs this year $10.000, as well as a title that has now become indispensable in the palmarès of true champions. Great turnout of athletes, I'm almost 70 the couples registered and the organizers have made it known that they have kept "reserve" seats in case of last minute registrations. Speaking of foreigners: alongside the teams from Brazil and France, this year champions from none other than Aruba will take the field. 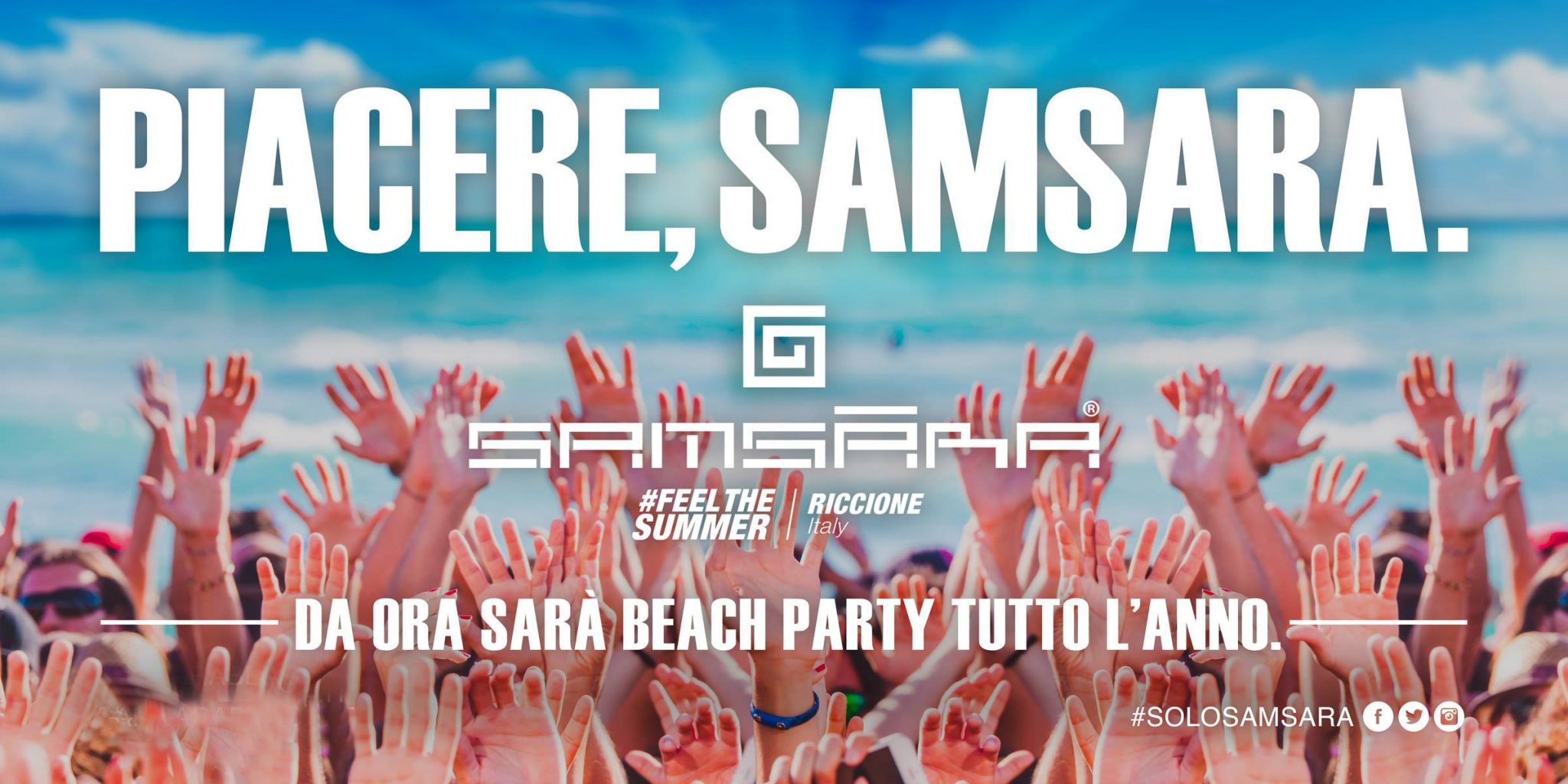 Sole, White sand, crystal clear waters: on this splendid scenery the Samsara Beach Sensation stands out, the wildest and most fashionable disco beach in Gallipoli and Salento, which has already inaugurated its "Summer of love" in the name of fun.
Music takes center stage with the coolest DJs, among which Ben Dj stands out, and marks the NO-STOP day: a party continues, where between baths and moijto the boundaries between day and night blur, they get confused and give endless emotions! 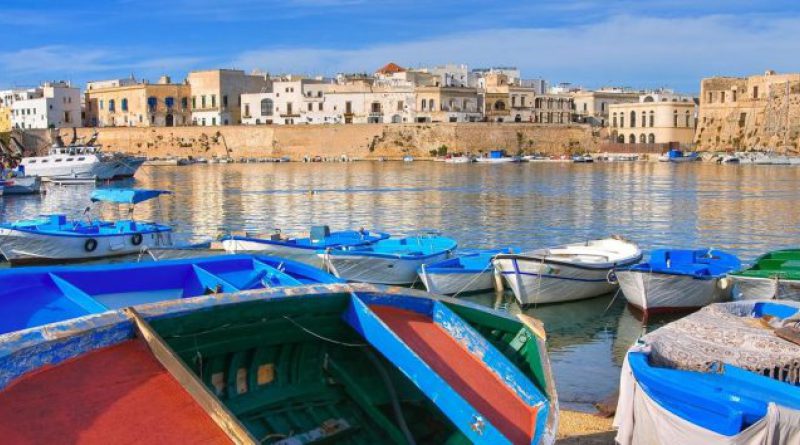 Summer holidays 2017, the destinations most sought after by the Italians

???? it is time to take back our place in Italy and in the world!

A summer at the beach. In the eighties Giuni Russo perfectly photographed the trends of Italians for their holidays. More than thirty years later, the most sought-after destination always remains the same, both for travel in Italy and abroad: the seaside one. But in the age of the internet, more and more vacationers rely on sites for travel planning and booking: very useful tools especially when, as well as putting order on prices and destinations, provide data on the most popular destinations, highlighting what the average prices for an overnight stay may be, the least expensive weeks and the savings that would result from a booking in that given period. E’ the case of Summer vacation value report 2017 from TripAdvisor, which reveals the top 10 national and international summer destinations chosen by Italians, based on hotel booking searches carried out on the portal since early spring.

Salento is one of the most beautiful beaches in the world

PORTO CESAREO- One of 29 most beautiful beaches in the world is located in Salento. And it's Punta Prosciutto, marina of Porto Cesareo. To say it is the ranking drawn up by the English newspaper Telegraph. “Ham Point”, how it is defined, it is the only Italian destination selected, next to Cuba, Miami, Nice, Hawaii, Bahamas.
"Some of the best beaches in mainland Italy are in Puglia - writes the British newspaper - in particular in a series of pristine sandy strands south of the historic cities of Avetrana and Manduria, the latter famous for its Primitivo wine. For white sand, translucent water and casual beach lunches, head towards the seaside villages of Punta Prosciutto or Torre Colimena. The scene is very informal, with families from Lecce, Taranto or Bari who come down for the day and spread out their mats on the beach or rent a sunbed under an umbrella ".

What to see in Gallipoli

According to tradition, its name derives from the two Greek terms "Kalè" and "Polis", that is to say "beautiful city”.
The city divides into new village is in the old village. The historic center of Gallipoli is comparable to aislet completely lying on the water and connected to the earth stop - and to the new area - by a brick bridge. The old City it is a must visit: full of ancient palaces and churches in the Baroque style, it was built by the Greeks as a sort of labyrinth where all the streets cross each other, among the houses with white walls and deep blue cornices, marking paths that all lead to the city walls overlooking the port.

At the beginning of the bridge stands the Angevin-Aragonese Castle which unfortunately is closed to the public except for the "Rivellino”, the upper part of the castle, which in the summer is transformed into a cinema for visitors and the inhabitants of Gallipoli.

Inside the historic center there is one beach which is accessed by going down the stairs that connect the historic center with the tourist port, which is called Purità beach, from the name of the Church of Purity which is located exactly above the beach. Here the statue of Santa Cristina is kept, patron saint of the city who is celebrated with a procession, illuminations and fireworks on 24 July.

THE sea of ​​Gallipoli

In addition to the history and numerous traditions, Gallipoli is known for its two coasts: the one to the north and the one to the south where the main bathing establishments are located. The south coast is what connects Gallipoli to Santa Maria di Leuca, and it is mostly sandy, except
of the first section where they emerge, occasionally, of the rocks that in any case do not make access to the sea difficult.

The coast is very long and is dotted with very trendy bathing establishments interspersed with small strips of free beach. In the evening, each lido turns into a place where you can drink and dance on the beach. Entering the water it is possible to walk for a long time before finding some deep shoals, a bit like in the Maldives. Famous is the Punta della Suina beach, where some scenes of Roaming Mines, latest film by Ferzan Ozpetek.